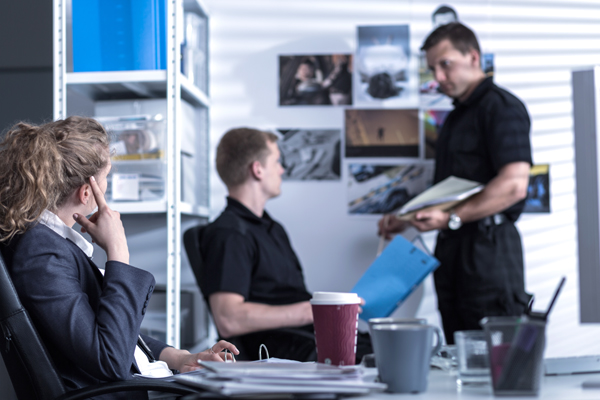 Who we are
Organised crime is one of the greatest threats to the UK’s national security. Our role is to protect the public by disrupting and bringing to justice those serious and organised criminals who present the highest risk to the UK

Our mission|
Organised crime is one of the gravest threats to our national security – blighting communities, ruining lives and costing the UK well over £20 billion every year. Organised crime can feel distant from most peoples’ day to day lives, but it affects us all. From the sexual exploitation of children to the smuggling of illegal firearms, cyber crime, human trafficking and modern slavery – serious and organised crime is everywhere.

Our role is to protect the public from the most serious threats by disrupting and bringing to justice those serious and organised criminals who present the highest risk to the UK.

How we work
Serious and organised crime is a global phenomenon. Threats such as cyber crime, modern slavery and organised immigration crime do not respect borders and cannot be tackled in isolation. The partnerships we’ve built with police, law enforcement, the public sector, private industry and internationally are fundamental to our success.

We lead our own operations, develop and disseminate intelligence to partners, support and coordinate national and international activity, recover assets and prevent and disrupt criminal activity. We also provide specialist operational capabilities such as offender profiling and serious crime analysis to support police and partners in law enforcement.

We operate across the UK, respecting the devolution of policing in Scotland and Northern Ireland.

Our people
Our 4,200 officers are based across the UK and in strategic locations around the world.

There’s no such thing as a ‘typical’ NCA officer. We come from different backgrounds and cultures, speak different languages and have different skills and experiences. Our diversity is one of our greatest strengths. Our officers work in a wide range of roles, from investigations to intelligence, child protection, strategy, communications, facilities and finance. Whatever their role, all of our officers play a vital part in the success of our mission.

What unites us and motivates us is our dedication and commitment to protecting the public from serious and organised crime. It is our privilege to do so. We are proud to protect.

Who we’re looking for
There’s no such thing as a ‘typical’ NCA officer. The breadth of our capabilities mean that we recruit people from virtually every walk of life, from police to project management, crime analysis to commercial procurement. Our diversity is one of our greatest strengths.

Some of our roles require particular qualifications – for example, a vacancy for an experienced investigator may require you to have PIP2. Where that’s the case the advert will make it clear. For many roles however, we’re looking for the right skills and qualities you may have developed from life experience as much as your professional background.

Age and nationality requirements
There’s no upper age limit to becoming an NCA officer, but you must be at least 18 years old. All new starters undergo a health screening as part of pre-employment checks to check that you’re fit enough to perform in the role. As long as you’re fit enough and have the skills and experience we’re looking for then age isn’t a barrier.

You must however meet Civil Service nationality standards to join the NCA. We’ll normally only appoint nationals from the UK, Republic of Ireland, the Commonwealth and the European Economic Area. You also should not have spent significant periods of time abroad immediately prior to your applications.

These requirements should be met for all NCA posts. Specific nationality and residency requirements for specialist roles will be listed in the advert.

Placements and trainees
On occasion we recruit for entry-level investigator and intelligence career pathways. From time to time we also offer student placements. All vacancies will be listed on this page and on the Civil Service Jobs website.

We also offer placements for Armed Forces personnel facing medical discharge under our Wounded, Injured and Sick Service Personnel (WIS) programme. The WIS scheme, launched in 2010 to provide placements to troops on rehabilitation programmes, helps veterans in the transition from military to civilian life, while providing the NCA with a unique source of acumen and life experience.

If you’re leaving the Armed Forces on medical grounds and are interested in a placement with us speak with your Career Transition Partnership Manager or Commanding Officer.

Where we’re based
We have locations all over the country. Some roles have to be based at specific locations whereas others are more flexible.

The best way to see if any roles are in your area is to search for roles at the NCA on the Civil Service Jobs website and filter by location.

Training and support
Wherever you start out, we commit to developing and supporting all our officers and offer career pathways that maximise potential. An NCA officer can take on many roles in different areas over the course of a career with us.

Throughout your career you’ll have access to the very best training and development – from initial induction to professional development, management skills and specialist training.

As an agency that works from a national to global level, we also offer some unique and interesting opportunities in the law enforcement field.

Inclusion, diversity and equality
We’re committed to the principles of equality and diversity, and welcome all applications. Flexible working options are considered, dependent on the duties of the role in question. All appointments are based on merit.

If you require further assistance, please email the recruitment team at central.recruitment@nca.x.gsi.gov.uk.

‘A day in the life’
The National Crime Agency offers an incredibly broad range of career opportunities and attracts officers from diverse backgrounds.

To illustrate the type of roles our officers perform we have published a series of ‘Day in the life’ testimonials from serving NCA officers.

In this issue we look at

‘A day in the life’ – Anti Kidnap and Extortion
The only really consistent thing about being an on-call officer in the Anti Kidnap and Extortion Unit (AKEU) is that no two days or nights are the same. When the phone goes, I have no idea what it is going to be. It could be a call about products allegedly being poisoned, or a British national kidnapped abroad, one of our partners wanting some advice, or someone asking me to go to an operational meeting or a conference on the other side of the globe. It’s not formally on the role profile, but “expect the unexpected” should really be in the job description for anyone doing this job.

The AKEU primarily deals with three main threat groups: criminal kidnap (so for a ransom, rather than for any political or terrorist reasons); blackmail and product contamination; which can cover a whole host of things, from sextortion to businesses being targeted. Most of the time we’re supporting and providing tactical advice to partners, such as local forces, the Foreign Office, Europol, Interpol and the United Nations, but we do lead on investigations too, coordinating the law enforcement response to crimes in action, often involving multiple agencies and teams, responding in a tight timeframe with life threatening consequences.

One of the principal skills for the role is having proven investigative training. When we look for new people, that’s always what we’re trying to find. These are complex, multi-faceted investigations happening against a ticking clock, so having well-honed investigation skills, and the tenacity to get to the bottom of a tricky problem, is crucial. I’ve been in law enforcement for 20 years, and go way back, starting my career off in a force, moving to the Regional Crime Squad, and on through the agencies that followed.

As well as working closely on kidnap cases, we’re also called on to deliver training to private companies, and other organisations. I’ve delivered training in Pakistan and Nigeria as well here in the UK. Our small unit is recognised as the world leader in what we do, so we’re often called on to speak at conferences, or weigh in on complicated cases.

When I’m on call, it’s from 8am on a Monday till 8am the following Monday. For that period I clear my diary, although between cases I’ll be at my desk trawling through admin and emails. You could get a call at 9am on a Sunday and be on a plane travelling across the world by 5pm. There’s also no set timescale on anything we do – we’ve had kidnap cases that are over within an hour, but our longest-running case was 13 months.

This is an incredibly exciting job to do, and it’s gratifying to have such a strong international reputation – to be recognised as the leader on the world stage. That said, we’re always learning and improving, and when officers join our team, they bring something new to the table. The support that I get from my colleagues is so important – whether it’s emotional support following a tough case, or brainstorming ideas when we’ve hit a roadblock in an investigation, we know we can rely on each other. And while the hours can be tough and unsociable, the balance between my home and work life is important and something I keep in mind. I’m pretty sure I have one of the most interesting jobs in law enforcement, and the variety certainly keeps me on my toes; but that satisfaction of going home, knowing that you’ve helped keep someone safe and alive – it just can’t be beaten. 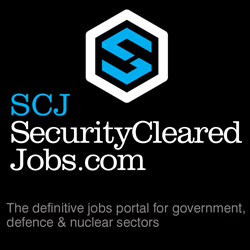 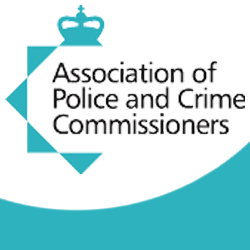