Police Resettlement magazine was formed for the sole purpose of giving police force leavers the assistance, help, support and advice they required when making the transition back to civilian life.

The Police Resettlement team are either ex-forces themselves or have been working in the forces market due to family members currently serving. This makes us fully aware of the trials and tribulations that occur when leaving service and becoming a civilian.

Our main aim is to make the process as easy as possible by offering advice from organisations such as ELCAS and the Career Transition Partnership (CTP) about your entitlements. We further explore the employment and training options, some of which are obvious, but also the areas that you may not have considered, but which would complement the transferable skills you already have gained whilst in service.

Within each issue readers will be able to enjoy features on recruitment opportunities after leaving the police force (most leavers are aged 45-50 meaning they have a possible 20-25 years working career left). Other features include resettlement training for those looking at a complete career change, education courses for those looking at career progression whilst still serving or for future employment roles, franchises for those considering working for themselves and a lifestyle section which will include informative insights into pensions and investments, property, financials, motoring, holidays and much more. By working with various organisation, federations and charities we will also be including latest government and policing news. 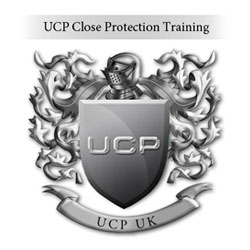